Skip to content
Port Joinville – La Rochelle (70 Miles / 16.5 Hours)
After a few hours kip I was awoken by gorgeous warm sunshine coming through the port holes and decided to get up & enjoy the day. I whispered to Simon as it wouldn’t be long before Scrump Dog Millionaire would be wanting a ‘run ashore’ (not quite the same meaning to a Royal Marine). While he dragged himself from his comma I thought I’d try to drag the tender off the bow deck & into the oggin. This was the first time I had attempted this & was quite impressed with myself for the initiative but more relived that I did it successfully & without looking like a complete useless female in front of a large group of mini catamaran.
There was a massive long beach, which for a nice change was dog friendly so Scrumps got some good exercise here. Being allowed to run freely was all a bit much for petit la chien & he got a bit over excited taking his ball to everyone apart from us! Luckily there is no language barrier for him & no one could resist his persistent nudging of his rancid sandy dog spit covered tennis ball towards them and the all obliged by giving a it throw! The French seem very impressed with Scrumpy’s fetch  skills which leads me to think that most French pooch’s are pretty stupid, either that or they are mainly show dogs that the owners can’t be bothered to train. They are all kept on tight leases and not allowed to socialise much, I think it is because bum sniffing is frowned upon by the French… its not lady like or gentlemanly for show dogs to sniff arses…. that is only for the common dog!
Anyway I digress …. we spend 2 days & 1 night in this anchorage & the weather was glorious. We enjoyed dinghy rides back & forth to walk scrumpy, feed our greedy faces & top up on provisions and the days were spent sunbathing, swimming & spear fishing in the cool crisp clear water. Unfortunately we did encounter several dramas mostly female related …. someone knocked the drinking water tap on without realising & then feel asleep on the deck …only to find that 20 mins later a large amount of the water on board was now soaked into the carpet & the bilge instead of the holding tank! Also a change in diet was having an affect on some usually regular habits and they were becoming not so regular ….. anyway I won’t go into too much detail but an awkward situation arose on the tender whilst on route back to the boat which resulted in me avoiding eye contact with Simon for most of the afternoon!
Oh and we ran out cooking gas, so we had no choice but to make regular visits to the local patisserie!
We had found our stay at this quite anchorage our favourite 36 hours of the trip so far with everything we had done, we had just relaxed and spend some proper time as if we were on holiday and it had made us realise this is why we are here. With the success of the previous night sail we had decided on the same again all the way to La Rochelle, this time 70 miles which would be our 2nd longest passage apart from the English Channel, (Which we motored…..SHHHHH!), being a longer sail we left at about 6:30 am, we had vowed to sail the whole way, be it even at a very slow pace. We both sat up till around 12 doing a steady but slow 3 Kts with not much wind at all, it was fine and very calm so nice and peaceful like the previous night. I did till midnight and we swapped around tonight, and I dosed in the cockpit until about 2, when I woke up I realised the wind was howling and Holly had coved about 15 miles since I had slept, the wind had gone up to 18 Kts and we were flying, instead of wake me Holly had just cracked on and had everything under control. Holly then slipped off for a nap with the dog, and I did the graveyard shift, I changes course to go south of an Island, instead of North as planned, to make it much more comfortable with the wind behind us, but the same speed. It was about 6:30 when a large dragon came at me from the Port Side……turns out it was a clown and I was seeing things…..I thinks it was time to wake Holly to finish off this passage. As I slept in the cockpit Holly decided that as promised the engine would not be put on, we had the wind directly in our face, and she did multiple tacks (Zig Zags) to get us up to the entrance of La Rochelle, I woke to see her beaming smile…….this was amazing as Holly will be the first to say she will usually leave any bits like this to me feeling that she cannot do it, but as I always tell her, she knows how to as much as I do, and she proved it this morning which filled us both with so much confidence.. As we crept in we were excited to get to our first mile stone, and the only place we had planned to go when we left England we moored up and once again a well deserved sleep was in needed. 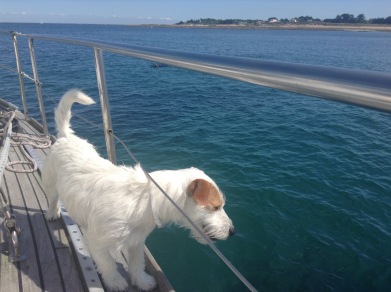 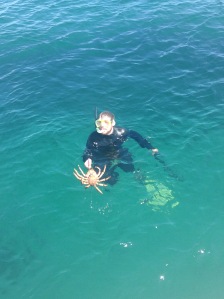 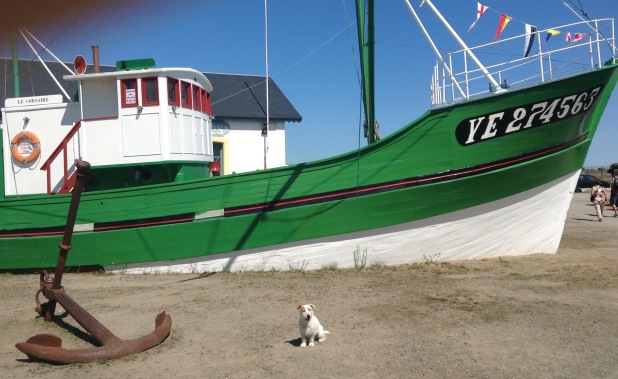 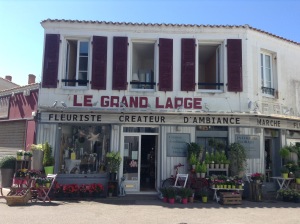 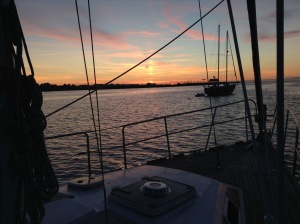 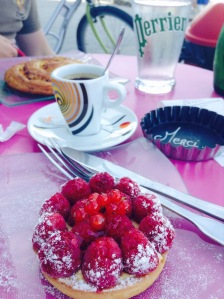 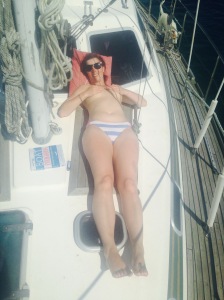 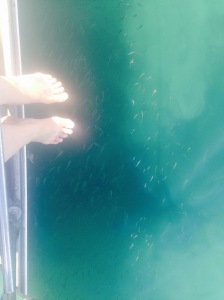 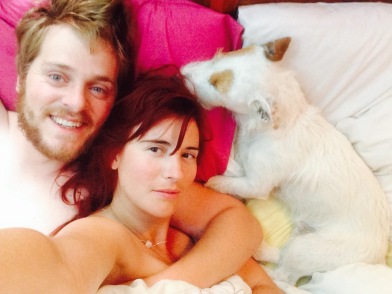 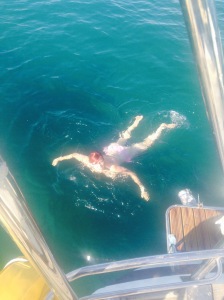